I have won 3 awards at the r/music REDDIT GRAMMY MUSIC AWARDS 2022 for undiscovered talent! (I wanted to share because I'm so humbled and it has been a great encouragement) 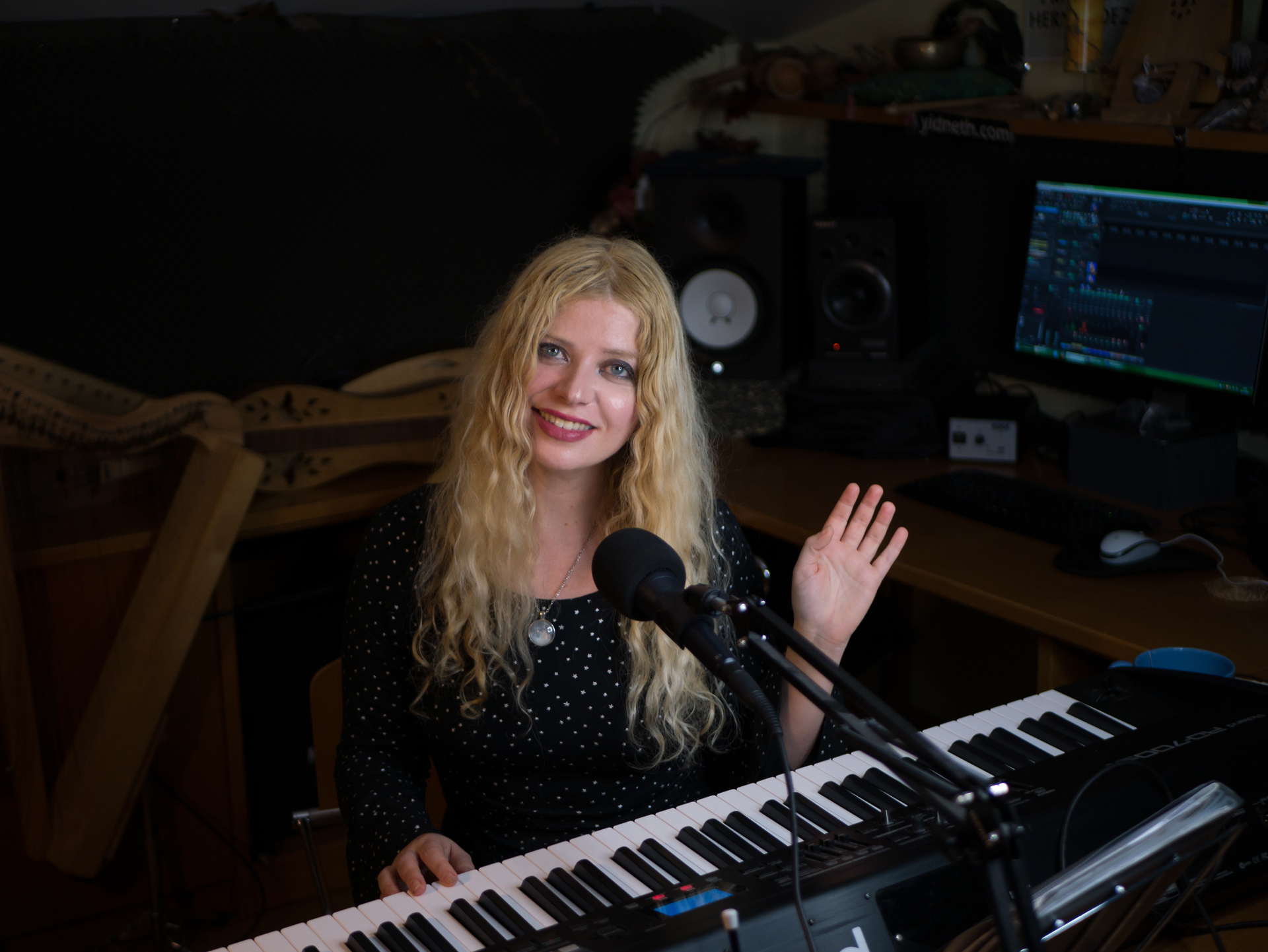 For those who don' t know me I'm Priscilla Hernandez, a singer-songwriter from Spain and I compose a very niche genre: fantasy music (from folk and fantasy to ethereal and cinematic) Today is an unusual post, as I got yesterday some news that took me by surprise!! I don't usually like to show off but this genuinely felt like a boost to me and I wanted to share that I have won 3 awards at the official REDDIT GRAMMY MUSIC AWARDS. These are given by r/music to undiscovered or emerging artists on reddit. This was mostly unexpected and I don't even recall to have ever made it to reddit music, but there were reviewers scouting and listening in smaller subreddits as "indie music feedback" (r/indiemusicfeedback) where artists offer insights on production.

Either way :) I am so humbled and overwhelmed as I have won in three different categories, and it came as very needed encouragement. I'm also happy they're less popular song that I have felt were just unseen
I am only a small independent artist, I don't have any label (except my own) or manager. I record, mix, produce, master, promote... I wish I could delegate tasks but when you're independent you have to get things done on your own and my resources have always been humble.

I have won three different categories :)

And here is the discussion thread about the Awards 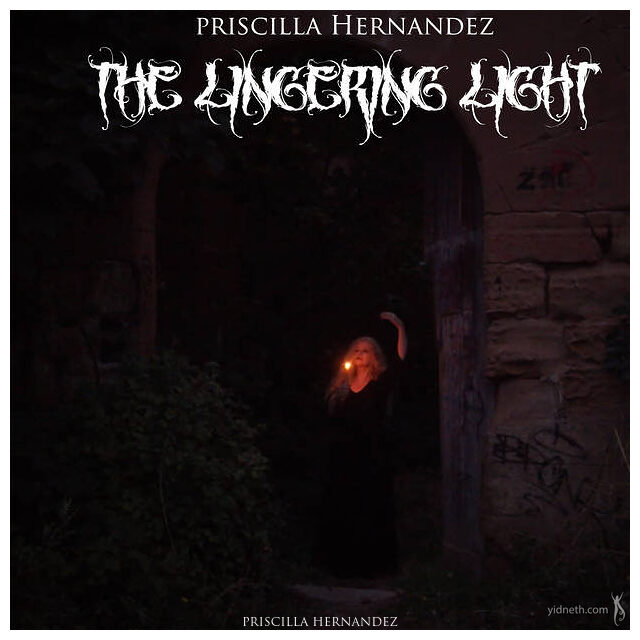 All of them were released on my bandcamp and patreon, on my youtube as music videos and a post was shared on hive when I first released them.
Here a reminder of how they sounded like:


A song about Mother Earth I composed as a child... lush, and green (you know I'm a forest dweller after all)

A mysterious, haunting and ghostly song as we follow the flickering flame of a candle through abandoned ruins at night.

An uplifting celtic song that belongs to my series "Incantations" Very candid and almost improvised tunes recorded in Nature.

Which one was your favourite? Let me know in the comments! :)

A self reminder and waking call: setting goals

I have been creating and sharing non stop but I'm realizing maybe it's time I set goals and think about how to make it work. I'm open to ideas, let's brainstorm It's been a long long journey as musician. I had my moment of spark way too long ago and the flame seemed to get dimmer (but not extinguished). I've never stopped creating, never... It's food for my soul but let's face the facts!
I wish I could say I live from my art... I don't, I wish though but I'm also aware for that I'd need to approach everything differently. My gear is also obsolete but I cannot afford to spend on my art either.

After the boost of this experience (still enthralled) one point that made me think and a note to myself is that of all the 182 awards only 6 songs are not on spotify and 3 are mine... :( I've been releasing only to my youtube (bandcamp and patreon) and I've not even bothered to submit for official digital outlets and do proper releases... I am inspired and releasing consistently but without organization and moments of discouragement, so this was a boost and also a waking call as I missed the chance to be placed on the playlists (except for youtube) so being aware that I must update my streaming catalog on digital outlets for this not to happen again, and still I take the encouragement as it is :) A recognition right in the time when you think noone is listening´ My health and my spirits have not been the best and though I've been consistently sharing new music I haven't bothered to make the best of it. I'm juts writing this as self-reminder and a seed for change. Let be feel determined for now :)

ahem I have even printed a calendar today!! LOL

It feels encouraging all the same. First of all I didn't even expect this to happen because I didn't enroll to participate, it was scouted and awarded by surprise among the emergent undiscovered artists on reddit. So It feels like a big compliment to me.
But now I feel like I need to "unlock" myself

.. Follow the lingering light... it will guide you through the darkness

Unfurl and grow into the light

Meanwhile how can I support?

Remember there are so many ways to support a musician that doesn't cost you but a little bit of your time :) like interacting and posting a nice comment.
Spread the word, leave a review, rate, share my videos to your friends and socials... Everything helps. Mostly let independent artists feel seen, it really means a LOT.

If you want to consider to buy the music here are other options:
I have a patreon where I post most of my releases

Support me following on my network. Sígueme en las redes 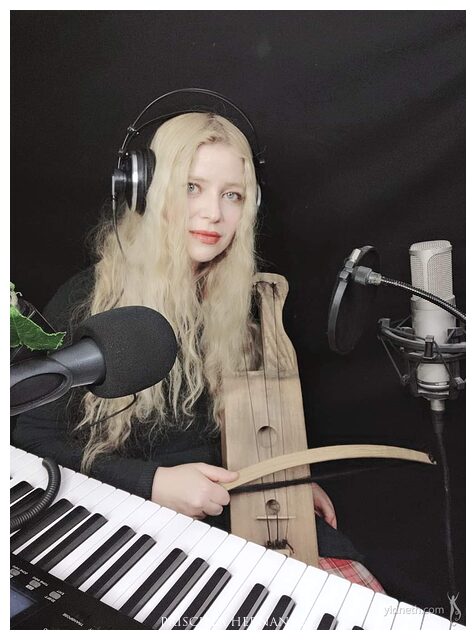 I'll try to keep on weaving my magic!
Brightest blessings everyone!

Please comment to encourage. I will upvote every meaningful feedback with proof of reading
Until next! And thanks for your support!

A word of encouragement always welcome

I've been on Hive for quite a few years and 've made friends around here... I always find my way because of your comments and insights. Keep them coming and keep sharing!

Let me know in the comments!
thank you!

That is wonderful! I have always enjoyed your music and videos and to get some recognition must have been a great boost!

I liked Mora-ia and The Singing Grove equally, but if I had to choose, it would be Mora-ia because of the green. :))

Congratulations on your awards! That's really cool that you were scouted for them, it's always lovely when someone discovers music that they didn't previously know about.

I mean there is no official submit, it was scouted by the mod that handles the independent reviews but we did not know. I have been struggling with motivation so welcome be ❤️❤️❤️❤️

I certainly understand struggling with motivation! Every winter is a struggle for me, I'm finally feeling a bit more creative, and I hope you are also!

Congratualtions. I am so happy for you. The amount of time and effort you put into producing such professional art is incredible.
Best wishes to Hive's beautiful soul. Stay happy and healthy always.

I am inspired and releasing consistently but without organization and moments of discouragement, so this was a boost and also a waking call

Have you thought about trying to partner with a manager, or talk to those artists who already have albums?

I have my own small label "Yidneth", my artist name is Priscilla Hernandez. I did have some more presence around a decade ago. I moved to a small place and things got humbler. I have several albums already, some with official awards back in the day.

Indeed, I'm no newcomer, there have been sweet moments and quiet moments, I've never lost track of my dream though, I really enjoy composing songs. And thanks for the pizza nom ! :)

My pleasure, it was very nice to meet you 🙌 I'd give another slice, but I'm out until it recharges 😂

Haha thank you, I appreciate the intention. I gotta behave with pizza. I have put on weight lately 😂

Congratulations on winning the awards! Mora-ia is definitely my favorite.

Thank you, :) Mora-ia is the oldest (though the video is new) and it always have that "nostalgia" of my early compositions for me :) but I have to say that my favourite is "The Lingering Light" I always feel my darker songs are less seen but I have a weak spot for the spectral music.

Join us in Discord!

Thank you for sharing this amazing post on HIVE!

Join the official DIYHub community on HIVE and show us more of your amazing work and feel free to connect with us and other DIYers via our discord server: https://discord.gg/mY5uCfQ !

If you want to support our goal to motivate other DIY/art/music/homesteading/... creators just delegate to us and earn 100% of your curation rewards!